Get in touch with us today 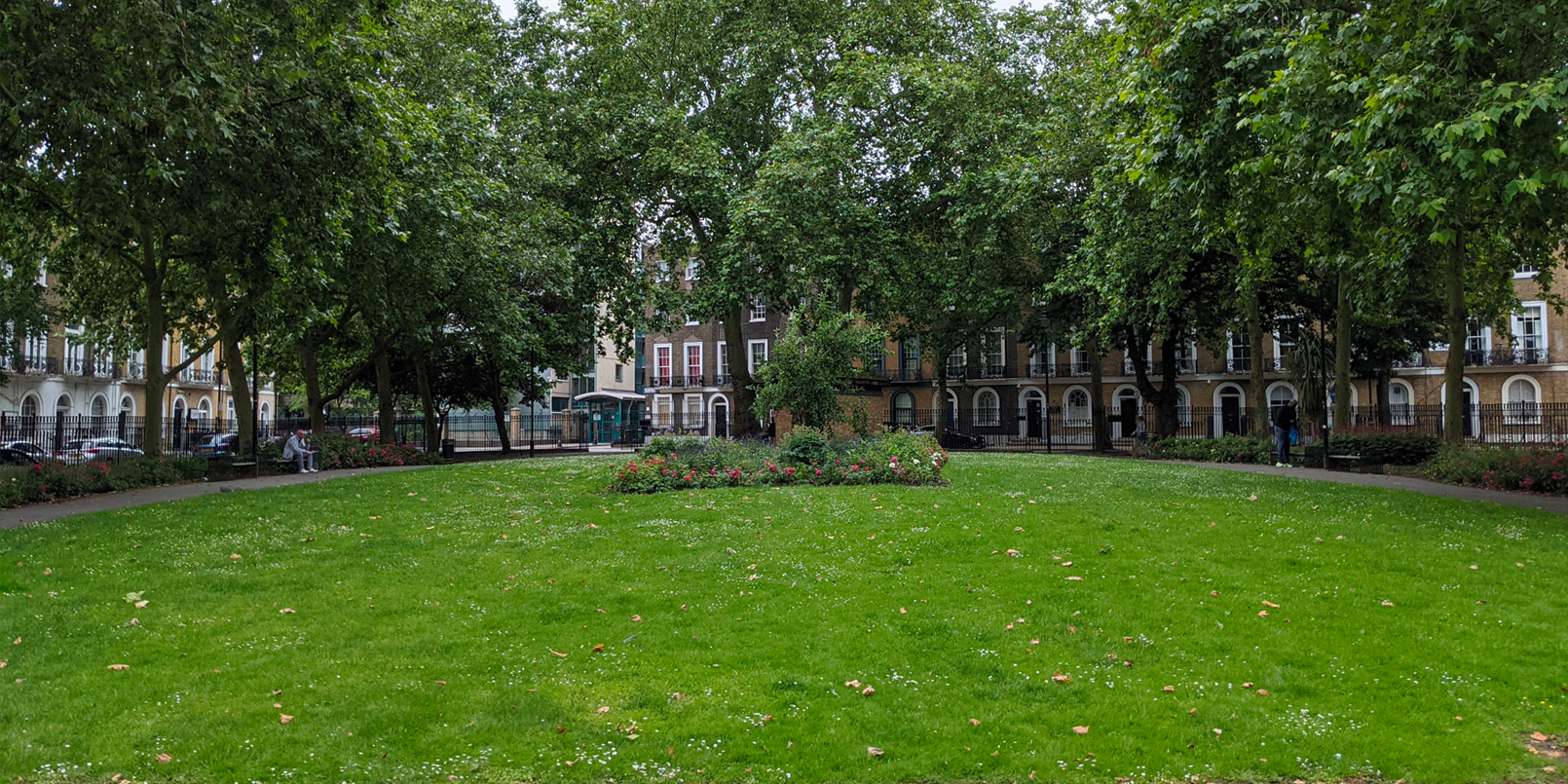 In this article, we would like to share with you interesting stories about London’s prettiest garden squares. If you explored London, even once you noticed that central London is filled with beautiful small Garden Squares. London’s garden squares have long been the envy of those without access to them. In every corner of the city, they’ve been a setting for everything from star-sudden cinema to notorious gangland violence. Here’s our list.

We couldn’t start without putting our pretty Argyle Square in the list, it’s obvious, as our hotel is located 10 meters away from it. Argyle Square actually is the smallest garden gems of Central London. It’s used and enjoyed by many. Just this morning I went for a walk in the square and saw a couple doing a yoga session, well not sure if they are a couple but I assume as everything is closed due to government restrictions and they didn’t keep two meters distance. Anyway, that’s not the point, the point is that the square is very pretty but there is so much more than a couple of trees and grass.

In 1769, the site of Argyle Square was in the centre of a field, home to the famous Dust Heap, a mountain of bones and cinders. By 1801, the thoroughfares which would become Gray’s Inn Road and Euston Road had been created and in 1824, Thomas Dunston, William Robinson, and William Flanders purchased the 16/1.2 acres of the field to develop the Battle Bridge Estate. We will explore in more depth the story of Argyle Square in another article but the bottom line is that in 1990s there was a major clean up in the area and this gave us a lovely garden to enjoy practicing yoga today or just walking admiring the nature. 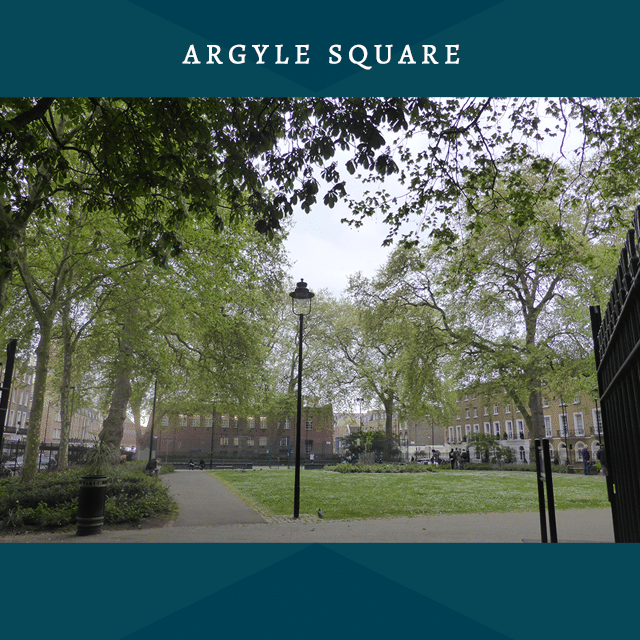 One of Mile End’s most handsome terraces, the aesthetic Georgian enclave of Tredegar Square has had a varied history. Used for farmland until the early 1820s, it was bombed heavily during The Blitz, with gardens dug up and the trenches used as air-raid shelters. In its dilapidated post-war state it narrowly missed becoming rubble, but thanks to some fighting from local residents is now fully covered as a conservation area. But the best bit of gossip from its gorgeous Georgian past? The rumours of a scandal-soaked all-male brothel housed in one of the particularly fancy premises. 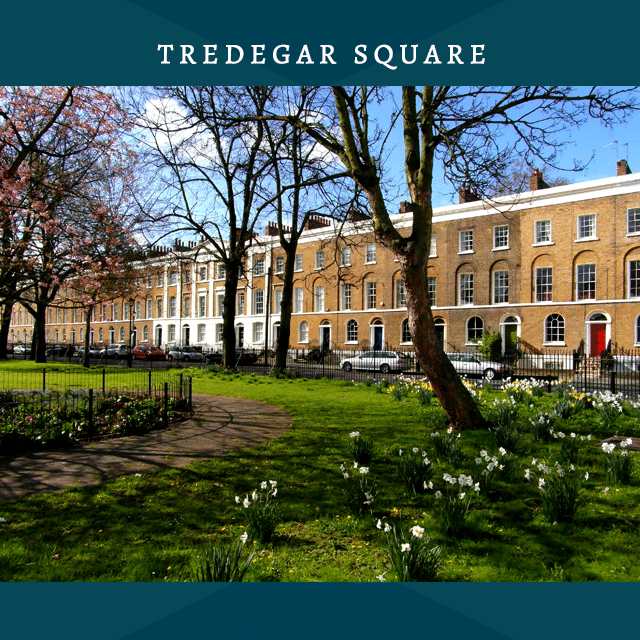 With a picturesque private garden and views of The Shard, Trinity Church Square is one of Southwark’s best hidden gems. Walking into the pretty square you’ll immediately notice the impressive front of Henry Wood Hall – the city’s first purpose-built orchestral rehearsal space. However it’s the garden itself that offers up the real prize here as it houses what’s believed to be London’s oldest free-standing statue – a stone figure of King Alfred the Great that historians claim was originally commissioned by Richard II in 1395. 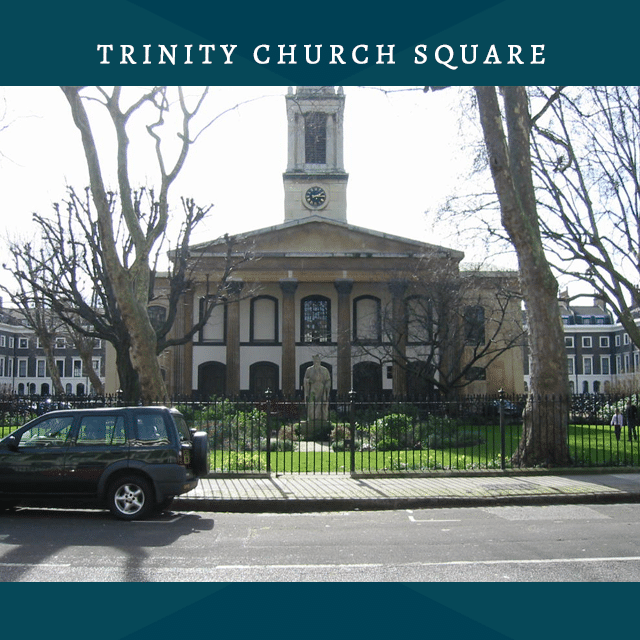 While Islington is home to some of the most lusted-after living spots in the capital, it’s Claremont Square that takes the historical biscuit. Away from the lofty gardens of Barnsbury this Pentonville plot covers part of a 17th century man-made river which originally carried drinking water from Amwell Springs in Hertfordshire down to the Islington reservoir. But the magic doesn’t stop there – keen Potter fans may know the surrounding street a little better as Grimmauld Place, the family residence of Sirius Black. 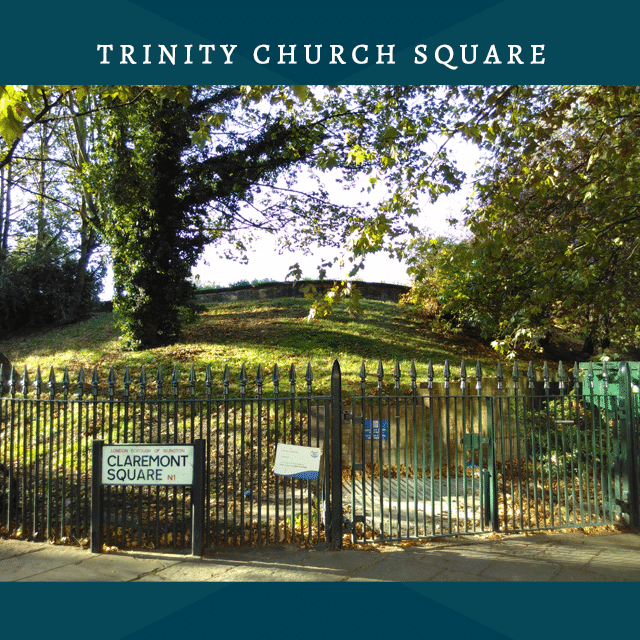 While most of Notting Hill knows how to rope in the Insta-punters, Rosmead Square probably picks up the most foot traffic thanks to its silver screen credentials. Many aspects of the area owe their notoriety to Hugh Grant and Julia Roberts, and this charming walled garden is no different. The setting for an iconic moonlight walk – and the first on-screen utterance of ‘oopsy daisy’ by a romantic lead – it’s certainly one of the prettiest of Notting Hill’s garden squares. And this square is the most expensive square in London! 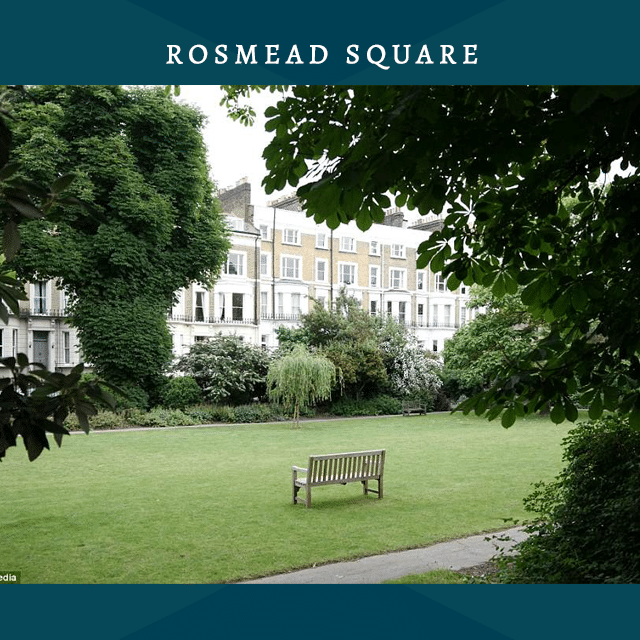 We hope you enjoyed this article, if you did, please share it with your friends. 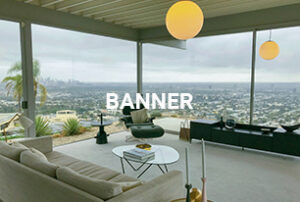